American Muslims Against Terrorism and Extremism Initiative (AMATE) is a collation of Muslim and Non-Muslim Americans who are dedicated to end violent extremism. The group understands that the “credible and authentic” voice of Muslims is a powerful tool to address the issues that currently plague the daily issues of the terrorism conversation throughout the world.

The second campaign in this project, #UNITEDASONE, highlights the story of one young man who found himself caught up in a world that would lead him down a very dark path.  A relative loner, his story is not unlike so many others who are recruited by extremists.  The promise of a solid bond, understanding and kinship quickly turned into assisting efforts that would lead to his incarceration at the tender age of 19, convicted of being a supporter of the global terrorist network, Al Qaeda. 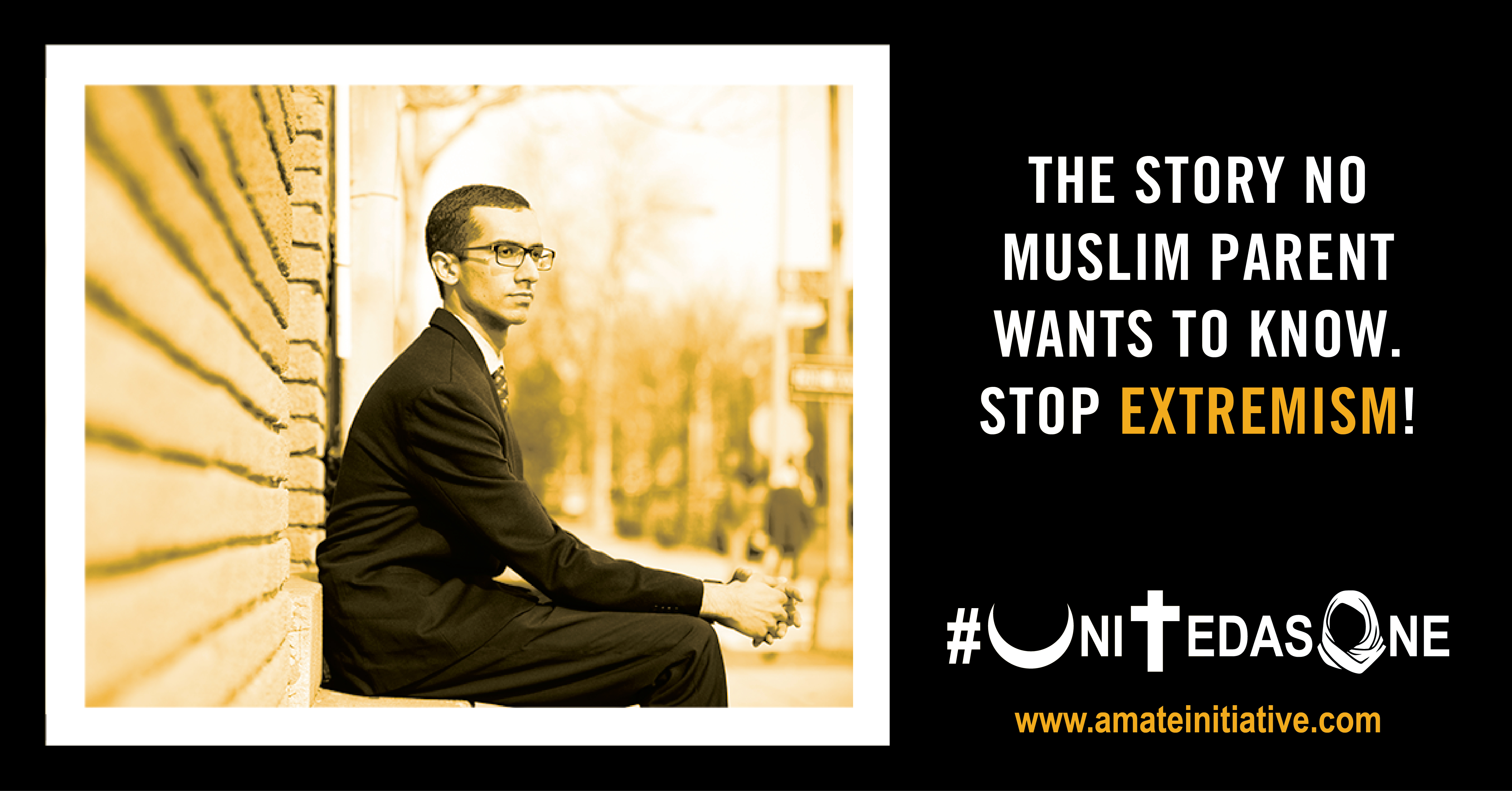 Download the #UNITEDASONE ad campaign to distribute at your religious organizations, institutions and at your local Mosque/Masjid: