American Muslims Against Terrorism and Extremism Initiative (AMATE) is a collation of Muslim and Non-Muslim Americans who are dedicated to end violent extremism. The group understands that the “credible and authentic” voice of Muslims is a powerful tool to address the issues that currently plague the daily issues of the terrorism conversation throughout the world. The mission of the first campaign entitled #ENOUGHISENOUGH is to create positive counternarratives that combat negative messages online. 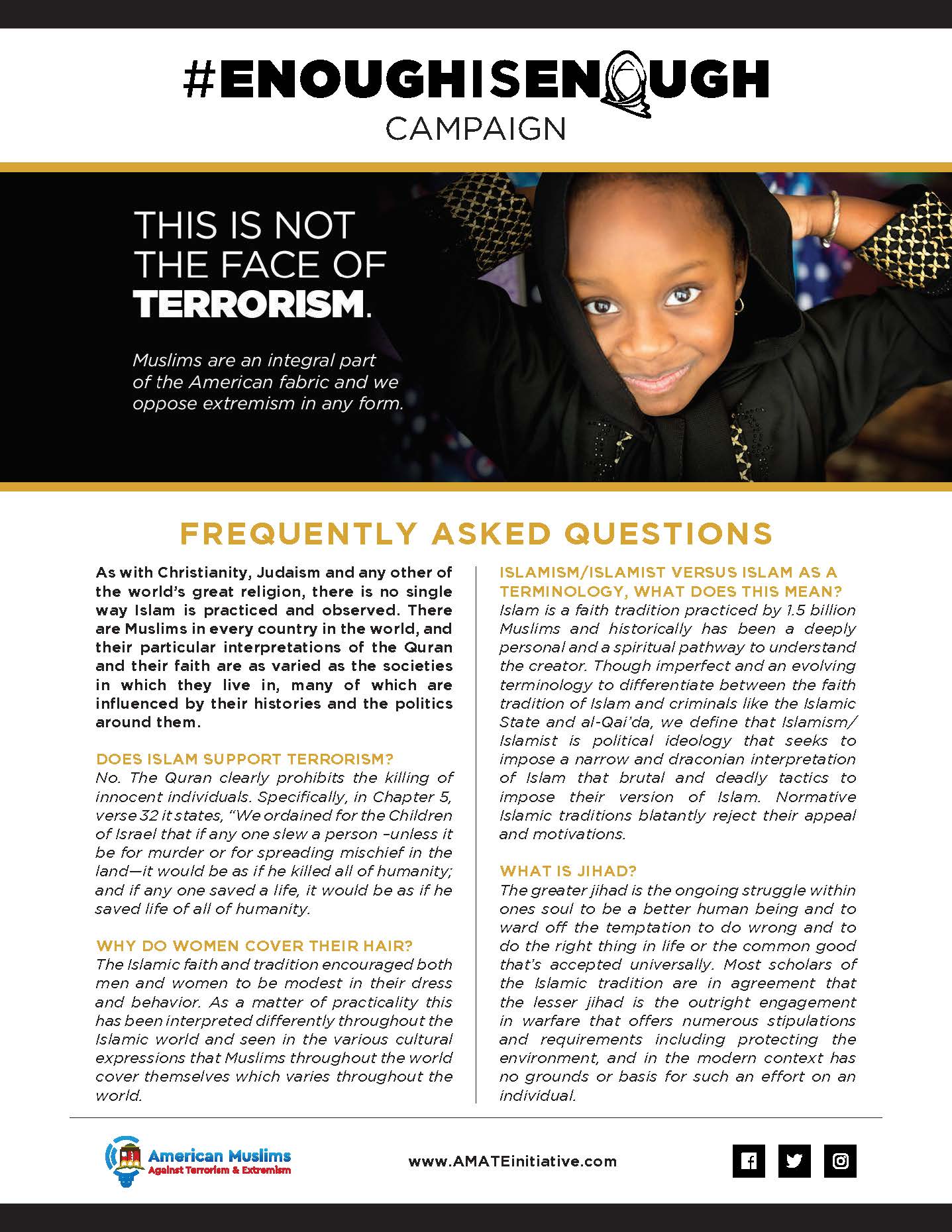