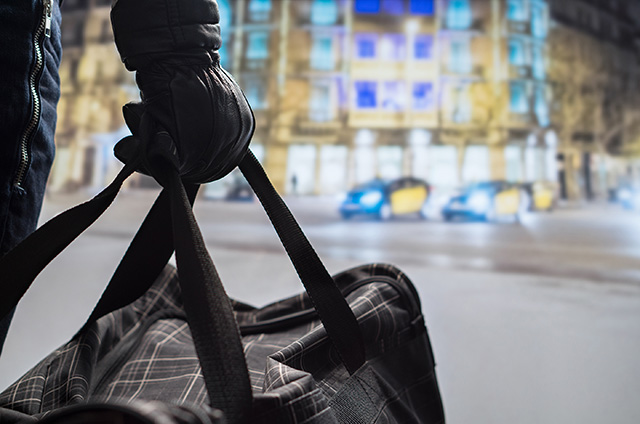 The 2017 horrific attacks in central London by the 52-year-old British man, Khaled Masood, brought shockwaves to those in Europe and America alike. As is often the case in breaking news, conflicting media reports and uncorroborated information flow provided false details that currently jailed and prolific hate preacher Abu Izzadeen, aka Trevor Brooks, was responsible. In this context, a closer review of Khaled Masood’s background, radicalization, and conversion to Islam reveals that there exist similar trends for government officials and interventionists to glean about potential terrorist attacks worldwide.

Let’s all be fair, as an analyst on terrorist behavior and motivations for almost 15 years, I can see why early reports assumed the perpetrator might be a publically well-known extremist—after all, early photos showed an unidentified man who looked of African ancestry and resembled closely the firebrand preacher Trevor Brooks. Therefore, this photo, paired with the attack by Khaled Masood, can help to demonstrate how there are several new and emerging trends regarding terrorism that have implications for both within the U.K and the U.S.

What Khaled Masood (Adrian Elms or Adrian Russell Ajao), Abu Izzadeen (Trevor Brooks), Mujahid Abu Hamza (Michael Adebolajo), and Ismail Ibn Abdullah (Michael Adebowale)—who are all just a few of the recent British Muslims who have carried out attacks inside their place of birth—have in common is their Black British identity. Terrorism experts and social scientists from across the Atlantic are in consensus that there is no one identity of an extremist. An individual’s journey to extremism is unique, and a number of various circumstances determines risk factors, including online recruitment and engagement, social circumstances, ideological persuasion, mental health, and individual personality.

Nevertheless, a steady uptick of Black Western recruits who have radicalized as self-starters in their home countries—developing from amongst this most recent case and perhaps at least dozens of other Black British Muslims—is certainly something worthy to analyze and suggests a trend in which analysts of terrorism will be keen to further monitor.

A similar experience also has taken root among some U.S. born Black Muslim converts who share a similar experience with their British counterparts. Last year, Edward Archer shot at a police officer in Pennsylvania declaring he was sent on behalf of ISIS, and in the same year, Al Shabaab released a 51-minute recruitment video urging African Americans to fight in order to highlight racial and historical injustices. In 2015, Elton Simpson went to Garland, Texas, to kill organizers of a Prophet Muhammad cartoon contest on behalf of ISIS. In 2014, Douglas McArthur McCain is considered as one of the first Americans to die fighting for the Islamic State, and Alton Nolen used a knife to viciously behead a co-worker at Vaughn Foods in Oklahoma.

What also makes many of these Black Western recruits unique is that they are outliers to both the Muslim community and their own respective demographic group. The profiles of Black Western recruits to Islam show a milieu of experiences and exposures to Islam largely through interaction from conservative style Muslim clerics. In the case of the U.K. and U.S. examples, these clerics offer a perspective into Islam that is narrow, closed-off, and prey onto already real or perceived racial, ethnic, or economic marginalizations, as well as subject to conflicting political and religious worldviews. When Black Muslim converts pick up these uncommon viewpoints, they become victims of a foreign brand of Islam that rejects the religious pluralism and diversity of Western Islam and are under the guise of conservative Muslim clerics influences.

Historically, segments of the Black communities have been exposed to multiple types of violent extremism because mainly urban marginalized communities have been impacted by perceived historic injustices making them vulnerable and easy fodder. Appealing to a collective sense of injustice, feelings of deprivation, and social alienation is the exact the formula that violent extremists groups exploit in order to win over converts.

In the midst of these attacks by self-starters and outliers of the Muslim community, there is a tradition within the Black British and Black American experience of Islam of working to promote pluralism, democratic values, and tolerance. As such these long standing examples of resiliency in both the U.K. and U.S. that serve as models for co-religionists of other demographic makeup.

In the case of the U.S., Black American Muslims represent one of, if not the single largest Muslim community of at least a million follows, and they have a 50-year counter-radicalization program under the late Imam W.D. Mohammed that has not produced a single extremist to date. In the U.K. context, Black British Muslims of diverse ethnic heritage are a large segment of the Muslim community, and their exposure to Islam has been through multi-ethnic and multi-religious families, black empowerment Muslim movements in the 60’s, and hip hop and jazz musicians. In both of these cases, engaging early in prevention activities, consulting with these communities who have worked on integration, and addressing structural societal and social justice issues are key for success in preventing radicalization.