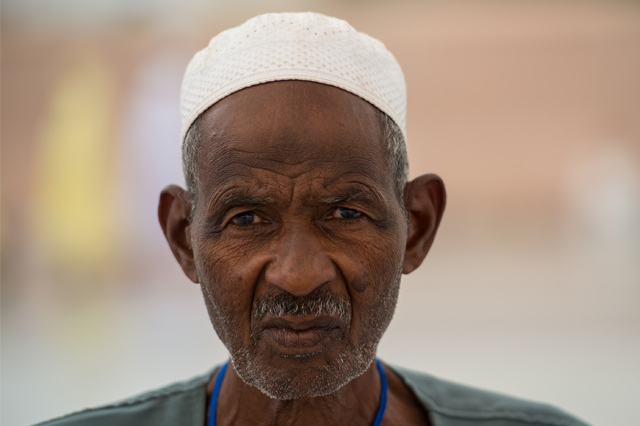 In 1889, Rudyard Kipling in his famous poem, “The Ballad of East and West,” discusses the complexities of the intersectionality between what is often characterized as a tension between those living in the so-called ‘developed’ and ‘developing’ worlds:

“Oh, East is East, and West is West, and never the twain shall meet, Till Earth and Sky stand presently at God's great Judgment Seat;”

Despite alarmists on various sides of the ideological and political aisle living in various geographic locations throughout the world advocating to keep an old-world paradigm, communities in the West with diverse sub-communities offer some of the most compelling examples to provide alternate views to this perspective.

In the contemporary world, extremism is spreading faster than ever before, more and more Muslims are falling prey to radicalisation, and anti-Muslim bigotry is at an all-time high in Europe and around the world. The causes of extremism are complex and the solutions need to be equally sophisticated if we are to have any hope of returning to a middle path. But downright denying that a crisis exists in the first place instantly aborts the process of problem-solving, compelling the vicious cycle of extremism and bigotry to persist unhindered. To drive this point further, the examples of both the British and American Muslim experience offers insights for us to ponder in how best to address this pressing issue in the modern age.

Last year, the UK’s Channel 4 commissioned an exhaustive survey titled “What do British Muslims really think?” Although much of the extensive results confirm that British Muslim attitudes align, for the most part, with the rest of Britain’s populace, the few disparities were immensely significant in demonstrating the depths to which extremism and extremist thought is rooted in some communities in the British Muslim experience.

Among the more promising results, 86% of those polled feel a strong sense of belonging in Britain, 91% said the same for their area, and 78% showed interest in integrating into British life. Yet there were more worrying results. The ICM poll indicated that 39% of British Muslima believed wives should always obey their husbands, and nearly a third (31%) said that a British Muslim man having more than one wife would be acceptable. Such ideas may seem irrelevant in British society today where law rules supreme over religious ideology, yet it is beliefs such as these that, if unchecked and unchallenged, can plant the seeds of misogyny.

So why have some Muslims in the UK had a harder time integrating with British society at large? Perhaps the primary factor from which this difficulty stems is the stark lack of diversity within the community. At present, British Muslims make up 4.4% of the total population, that translates to around 2.8 million people. Out of this, 2.3 million identify as Sunni, and almost half (44%) of these identify as Deobandi. Further, British Pakistanis are the single largest group of Muslims in the UK at 1.2 million, most of which have ethnic roots in two distinct areas of Pakistan: Mirpur District and Punjab.

All of this demographical information points to the fact that the vast majority of British Muslims all identify with, and are shaped by, a very specific history and worldview. This, in turn, leads to this particular subculture’s disproportionate representation when we examine ‘British Muslims’ as a community.

When factors such as religious or ethnic views are too diverse to have substantial ideas in common, communities sometimes can look for other platforms on which to unite. In the case of the United States, for example, American Muslims come from various backgrounds and, according to a 2009 Gallup poll, are one of the most racially diverse religious groups in the US. It appears that due to their vast ideological and racial differences, American Muslims have come together on the one common feature in their identity: being American. In accepting their diversity, American Muslims have actually enriched and solidified their community’s footprint. American Muslims have been in the U.S. since its inception and are present in all walks of life including newspaper vendors, taxi drivers, homemakers, and accountants to name a few. They include notables such as white converts George Bethune English and Alexander Russell Webb.

The largest percentage of American Muslims are African Americans who are descendants of enslaved African Muslims and have been integrated with every aspect of American culture and society. The community’s history offers resilience tactics and perspectives that can serve as a model for their co-religionists throughout the world.

Let’s be clear, one should not see the British or American Muslim experience as exceptional. In fact, contrary to this, what both these communities offer is a potential prototype of how communities and ideas can find common ground on bond on certain ideas, and simultaneously respect and embrace their differences.

For many diverse Muslim communities living in the West, London, Birmingham, New York and Chicago is all they know, either arriving in their new lands by force as a result of trans-global slave trading or via immigration laws allowing entry into democracies as an escape from persecution or economic hardships. For these Muslims, Riyadh, Islamabad, Timbuktu, Fez and Kuala Lumpur can often seem like distant places with ancestral connections that don’t quite address the lives they are establishing in their new homeland. Therefore, these communities must delegate to themselves the task to embrace their collective experiences and learn from one another to cultivate solutions that addresses their emergent realities, and in doing so, they must become their own saviours.