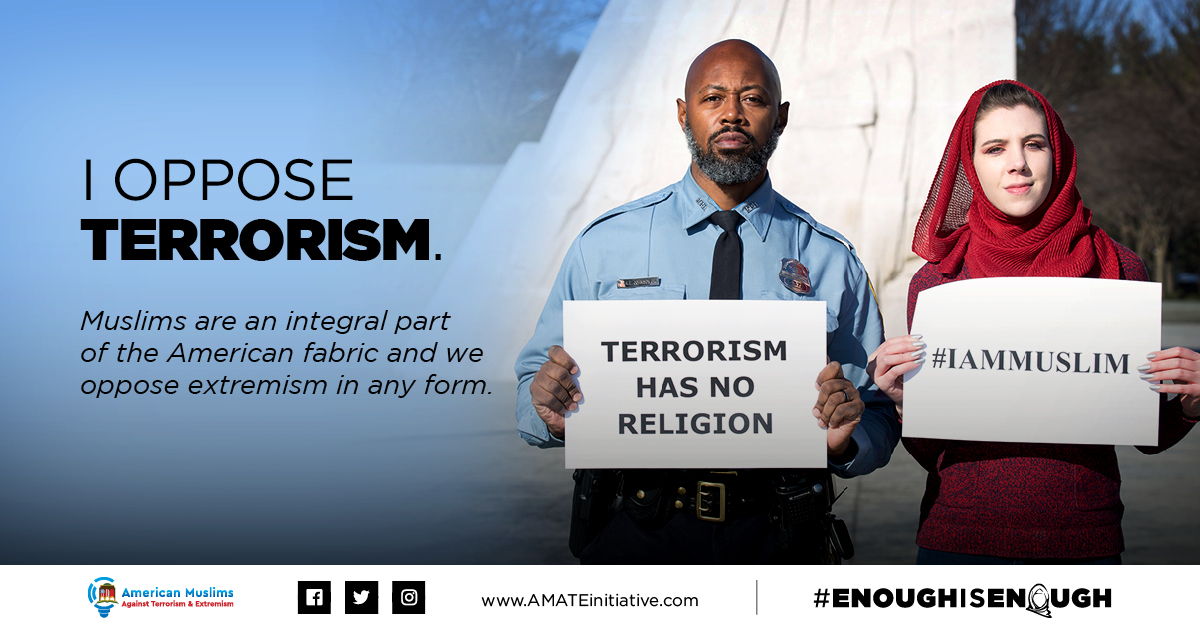 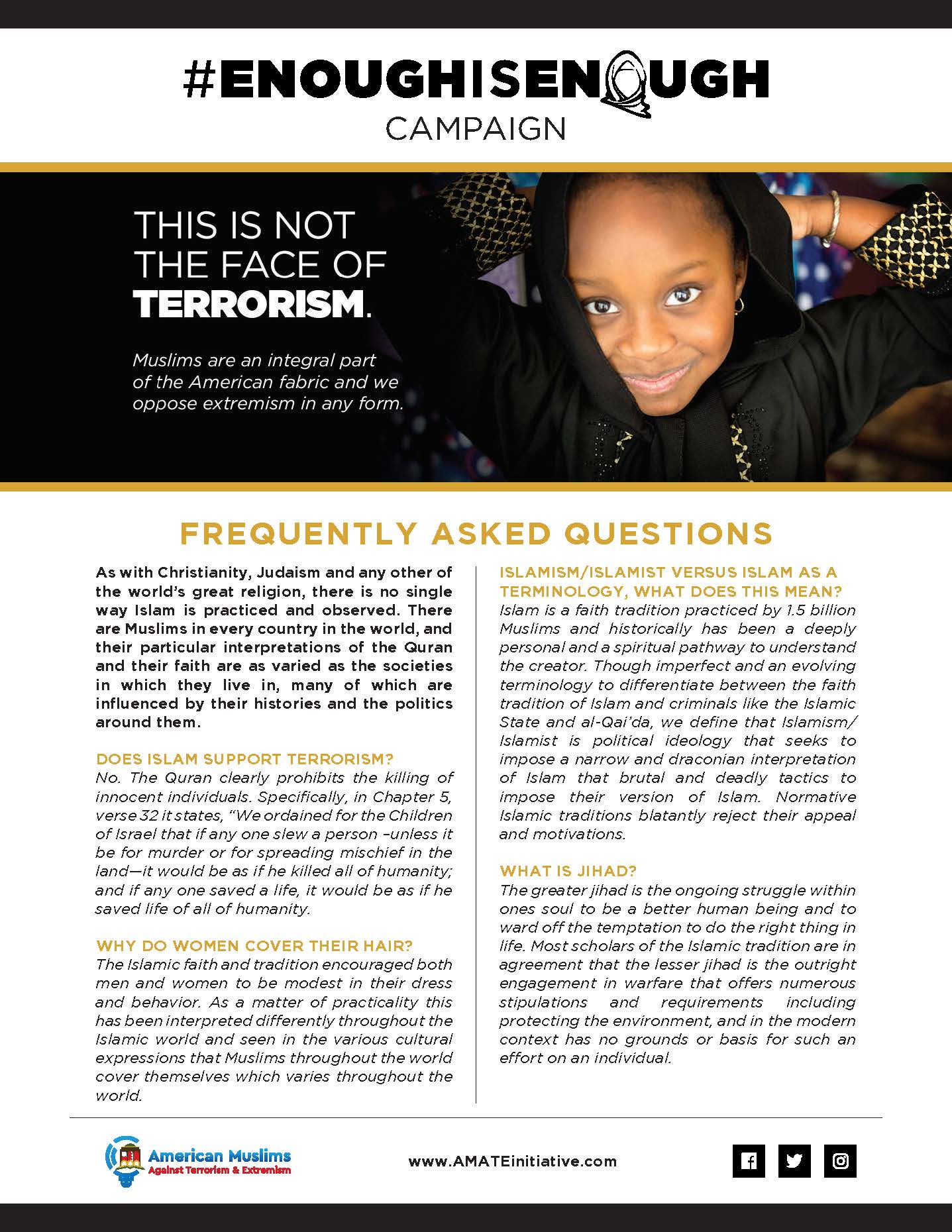 Recognizing the Signs of Radicalization

How Does Radicalization Occur?

How Does Radicalization Occur Online?

When to Intervene with Friends or Family

How to Approach Trusted Resources

Terrorism and African American Muslims After 9/11

No easy answers: Why Western Muslim communities must be their own savior

Recasting and Repositioning CVE as a Grand Strategic Response to Terrorism

The Evolving Landscape of Counterterrorism

Ideological Motivations of Terrorism in the United States, 1970--2016

A MAN’S WORLD? Exploring the Roles of Women in Countering Terrorism and Violent Extremism

In and Out of Extremism

The Impact of Counternarratives

The most promising feature of first-generation deradicalization programs implemented in Middle East and Southeast Asia is their three-pronged intervention effort that addresses affective, pragmatic, and ideological bonds concurrently, thus emphasizing the role of social and community relations in the reintegration process. If they are to succeed, rehabilitation and reintegration efforts need to be coupled with programs to address the conditions and dynamics that enable radicalization, to reform the criminal justice sector, and to build broader social and political resilience to the influence of violent extremism.

Voices Against Extremism: A Case Study of a Community-Based CVE Counter-Narrative Campaign

This article presents a case study of the recently conceived and ongoing counter-extremism campaign, Voices Against Extremism, a campaign designed and implemented by university students from Vancouver, Canada. Through a multifaceted approach that includes extensive use of social media, academic research, and grassroots community activities and involvement, Voices Against Extremism operates under the mission statement of countering and preventing violent extremism and radicalization through the humanization of minority groups and through the education and engagement of the silent majority. This article examines the effectiveness of this campaign as a proactive counter-radicalization strategy by outlining its specific components and activities. Based on the results of this campaign, suggestions are then offered regarding specific counter-extremism and counter-radicalizations policies that may be adopted by law enforcement, policymakers – or any other organizations concerned with countering and preventing radicalization and violent extremism – with a specific focus on the potential benefits of proactive and long-term social and community engagement.

ISIS recruits on a 24/7 basis in over 21 languages over the Internet using videos, memes, tweets and other social media postings and swarming in on anyone that retweets, likes or endorses their materials to try to seduce them into the group.  Their unprecedented social media drive has resulted in over 30,000 foreign fighters from more than 100 countries migrating to Syria and Iraq.  ISIS recruitment in the U.S. is for the most part Internet based and has resulted in the actual and attempted recruitment of over 100 individuals residing in the U.S. with over 200 Americans traveling to Syria to join terrorist groups.  To date very little counter-narrative material exists and most of it is cognitive versus emotionally impactful.  The International Center for the Study of Violent Extremism (ICSVE) Breaking the ISIS Brand – the ISIS Defectors Interviews Project has managed to collect 43 ISIS defector interviews and thus far produce two video clips of ISIS defectors denouncing the group which were focus tested in this research in a small normative college student sample of 75 undergraduate students.  The results demonstrate that American college students find the videos authentic, disturbing and turn them away from ISIS, fulfilling the goals that the project is aiming for in producing counter-narrative materials.

Beware of Branding Someone a Terrorist: Local Professionals on Person-Specific Interventions to Counter Extremism

This article is about the effect of local tailored interventions to counter (violent) extremism, and therefore contributes to the academic and policy debates. It focusses on local, professional perspectives on person-specific interventions utilizing a Dutch case study as the basis. The interventions are part of the wider-ranging counter terrorism policy that entails (local) measures that are deployed in relation to designated high-risk individuals and groups. By reviewing policy documents and conducting semi-structured interviews, the exploratory study concludes that the key factors for a hand-tailored intervention are a solid network, expert knowledge to assess potential signs of extremist ideology, an awareness of not having too many concurrent measures, good inter-institutional cooperation and information-sharing. The professionals involved felt that person-specific interventions have contributed to reducing the threat of religious extremism in the Netherlands. Nonetheless, municipal officials and security agents emphasized the importance of setting realistic goals and a focus on preventive rather than repressive measures. Furthermore, despite the central role that municipal actors play, they run up against problems such as cooperation within the security and care sector. National entities appear to emphasize information-gathering and monitoring more than community-focused cooperation. Thereby questioning whether, on the national level, local professionals are perceived as playing a key role in dealing with extremism.

Perceptions of Extremists and Deradicalization Programs Among University Students in Kuwait

The increase of terrorism and terrorist organizations such as the self-proclaimed Islamic State of Iraq and al-Sham throughout the Middle East over the past three years have led to an exponential increase in individuals living outside of the Middle East becoming radicalized. These individuals range from children to adults, both male and female. The current study focuses on the process of deradicalization. While a number of studies have begun exploring this issue with regards to the actual process, this study focuses on the perceptions of deradicalization from the public. The study is a mixed-method design with the quantitative portion being a questionnaire about what the students’ perceptions are toward consequences of convicted individuals in relation to extremists. Much research has been done on citizens’ perceptions toward convicted criminals in countries such as the US and the current study seeks to relate those findings, which suggest that there is a highly negative attitude toward convicted criminals, to the attitudes expressed by the university students in Kuwait toward extremists. The qualitative portion of the study involved an open-ended prompt which gave the participants the chance to discuss and describe their thoughts about whether or not a religious extremist could be rehabilitated and deradicalized. The qualitative portion of the study was the primary focus because it is important for program and policy developers associated with deradicalization to understand what the general public perceives regarding the process. The results for the qualitative portion were divided into two main themes: the first being “change is possible” for extremists and the second being “change is not possible” for extremists. However, an interesting find was the third theme that emerged from both of the first two themes, characterized as “all people should be given a second chance.” The current study aims to add to the research gap regarding the public’s perception of deradicalization in the hopes that future work will be conducted in this area.