To Be American and Muslim is Not a Contradiction 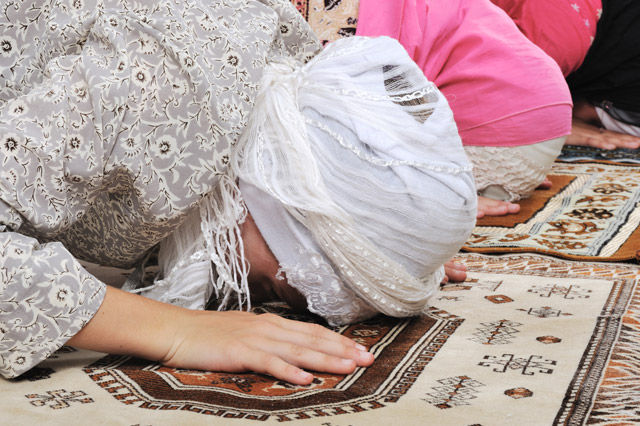 Since 9/11, we have seen efforts by ISIS, al-Qaida and other violent extremists to recruit African American Muslims to their cause, preying on a collective sense of injustice and feelings of deprivation and social alienation from historic inequities. In 2008, for example, al-Qaida's then second-in-command Ayman al Zawahiri sought to interlace domestic African American racial grievances with the global jihad movement, targeting and recruiting African American and Somali youth. A 51-minute recruitment video presented motifs of Malcolm X, attempting to exploit historical African American Muslim activism as a potential means for future radicalization.

In a few cases, such efforts have been successful: Edward Archer attacked a Philadelphia police officer after invoking ISIS, and Malik Alim Jones, a Maryland man, was arrested last year for his alleged involvement with al-Qaida affiliate al-Shabab. But the messages largely fall upon deaf ears in the centuries-old African American Muslim community, which has been a counter-weight against violent extremism for decades. Social scientists indicate that the vast majority of African American Muslims represent an example of synergy between American and Islamic shared values.

America is unique among all the major Western democracies in that it is the only country in which a sizable percentage of its Muslims are native-born converts of African descent. This group has flourished as part of the American experiment. The First Amendment's guarantees of freedom of speech and religion have provided the foundation for the African-American Muslim community's success and resiliency. Members have fought in every major American war. They are doctors, lawyers, sports figures, entertainers and ordinary law-abiding American citizens.

African American Muslims and African American non-Muslims have been afforded a decades-long tradition of inclusiveness, moderation and coexistence with cousins, aunts and uncles who have worked side-by-side and shared Christmas, Ramadan and other religious and family functions.

In the words of Sherman Jackson, a professor of religion at the University of Southern California who eulogized Muhammad Ali at his funeral last year: "Ali put the question as to whether you could be a Muslim and an American to rest. Let us hope that the question is interred with his remains."

We should ensure that the same vulnerable African American youth targeted by ISIS, al-Qaida, al-Shabab and other extremists are presented with these examples and achievements of the African American Muslim community in America and highlight another way to channel frustration and violence peacefully.

My own personal story as a third-generation African American Muslim, whose professional and personal life represents the rich tradition of a multi-religious and multi-ethnic family, is a testimony to American pluralism.

The new Trump administration has an opportunity to engage this community, which is integrated, hard-working and part of the social fabric of America.