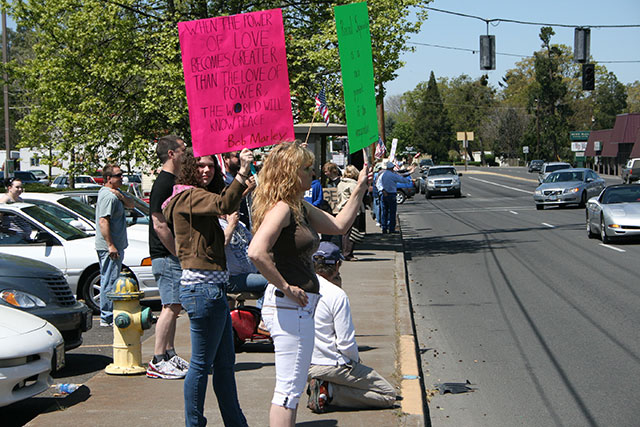 In the aftermath of 2017 Charlottesville violence, white American evangelical Christians have been forced to confront their position on the extremist element within their communities: radicalized white Christian males.

A joint intelligence bulletin by the FBI and Department of Homeland Security found that white supremacist extremists were responsible for 49 homicides in 29 attacks from 2000 to 2016—more than any other domestic extremist movement.

On May 26 in Oregon, Jeremy Joseph Christian, who was known to police for his hate speech and extreme white nationalist rhetoric, verbally harassed two women of black and Muslim ancestry and has been charged with murder for allegedly killing two men, Rick Best and Taliesin Namkai-Meche, that came to their defense.

On May 20 in Maryland, Sean Urbanski, who was a member of a racist Facebook group called Alt-Reich Nation, purportedly stabbed Richard Collins, a 23-year-old newly-commissioned Army officer who was days away from graduating from the University of Maryland.

It hasn’t been easy to address this issue internally, and recent public media statements by leaders within the evangelical Christian community have exposed their internal struggle.

On ABC’s This Week, Jerry Falwell, the president of Virginia’s Liberty University and a prominent evangelical figure, defended Trump for blaming the violence in Charlottesville on “many sides” by saying that Trump “has inside information I don’t have.” Later Falwell went on to say that the president was right to call out white supremacists, nationalists, and the KKK as “pure evil.”

This bait-and-switch technique isn’t new. In many ways, white American evangelicals are the inheritors of the Southern confederacy support base. Their conservative and family values platform, advocating back-to-basics Christianity, and their desire to preserve American-ness as they see it through the optics of a white, Southern experience has been an essential component in the good, bad, and ugly mix that is part and parcel of the fabric of American democracy.

The flip-flopping from the evangelical community, ultimately personified by Trump, is reminiscent of the mixed messages that come out of the Muslim community following an Islamist terror attack. The attackers are either “not Muslims” or they have “justified grievances” against the West—there is no logical middle ground that seriously addresses the issue at hand.

This grievance and victimhood narrative is one that is strikingly similar in both strands of violent extremists: While Islamist jihadists are supposedly avenging Western intervention in their home countries, white supremacists at the Charlottesville rally were seen giving delusional statements, such as the comments from 20-year-old student Peter Cvjetanovic: “As a white nationalist, I care for all people. We all deserve a future for our children and for our culture. White nationalists aren’t all hateful; we just want to preserve what we have.”

The same ideological techniques now being employed by white Christians to rally the extremist elements within their community have been used for years by Islamists who have effectively radicalized the adherents of Salafi Islam, an ultraconservative brand of Islam commonly linked to extremism.

Both groups are in search of identity, desire a return to the old way of doing things, and are driven by an irrational devotion to their respective causes. Further, both of these violent offshoots share an equally skewed vision of global politics, sharing delusional beliefs that their identity, culture, and faith is under constant attack from outside sources.

Just as Islamists subscribe to an anti-Western worldview and harbor resistance to what they see as American imperialism, white supremacists see an expanding, multicultural society as a threat to their established dominance in the sociological food chain.

The exaggerated aggression by both groups is another sign of deeply held insecurities. In truth, this hostility stems from a sense of great anxiety and uncertainty. This is perhaps why so many of the white supremacists who were filmed or photographed in Charlottesville later came out with half-baked excuses and justifications for being there, with one prominent marcher even recording a teary rant claiming that they had “done everything in their power to keep this peaceful” and how “our enemies just will not stop.” He later complained that his newfound fame had also gotten him kicked off online dating site OkCupid.

In essence, both extremist groups are assemblies of disenfranchised males who, dissatisfied with their economic status and social standing, are in prime position to be radicalized by an ideology that plays right to their victimhood and revenge narrative. Whether it be behind a perverse version of religion or a thin veneer of nationalism, these extremists are self-serving, egocentric individuals who are incapable of viewing the world from any other lens but the one that serves their own political ends.

Now more than ever before, both Muslim and Christian communities must address their position on these fundamentalist and fanatical subsections in their midst. While white supremacists don’t represent America, no more than jihadis represent all Muslims, we must be careful not to dismiss their delusional dogmas. As we have seen far too often already, these desperate individuals can be equally deadly.

Tensions are soaring, and any denial of internal challenges and the unwillingness to confront racist, sexist, and divisive values can now have mammoth consequences. Just as Muslims must condemn Islamist jihadis without crediting their grievance narrative, so must white Christians condemn the KKK, neo-Nazis, and other white nationalist groups without adding a caveat of “many sides.”